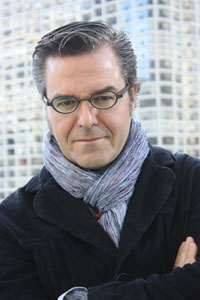 After 2012 was celebrated as the “year of the startup” in book publishing, it seems that the startup trend has only continued to gain steam in 2013. And according to industry expert Javier Celaya, the Goodreads/Amazon deal shows that you can even earn a decent amount of money with startups. In this FAQarticle we’ll introduce some of the most exciting startups in publishing and ask: How does the collaboration among investors, publishers and startups actually work? Do they even speak the same language? And are startups in Europe really lagging far behind their US counterparts?

Would you invest in a hands-free umbrella? The inventor of the device took it to the US television show “Shark Tank”, where startups and entrepreneurs are given a chance to present their new products. The panel always consists of five “sharks”, i.e. potential investors, who need some convincing. For his Nubrella, which looks like a mix of giant space helmet and bubble, the young entrepreneur actually received 200,000 US dollars. In return, the investor acquired a 25 per cent share of the company. “Shark Tank” is, of course, a show meant to entertain, but it’s still interesting to watch how the startups make their pitches to investors, and to take note of some of the tough questions that are thrown at them.

It’s tough to say whether Goodreads would also have prevailed on the TV show. Otis Chandler and his wife launched the online platform seven years ago from their living room – initially without the help of any investors. The idea is simple. “We set out to create a better way for people to find and share books they love,” is how Chandler describes it on Goodreads. In the second year, however, angel investors supported the US startup to the tune of around 750,000 US dollars. The website now boasts over 16 million registered readers and, in the biggest startup success story in book publishing to date, the company was purchased by Amazon in March for an undisclosed sum.

Javier Celaya of the Spanish consulting firm Dosdoce.com finds the concept of the US show “Shark Tank” interesting. The show, by the way, originated in Japan and now has spin-offs in more than 20 countries (including Saudi Arabia, Nigeria and Finland). It’s a way for young entrepreneurs to learn first-hand what’s important to investors. That’s because it brings two worlds face to face – two worlds that first have to learn to speak the same language with each other. And it’s well worth the effort, as each side ultimately benefits from the other. Traditional book publishing is faced with the big challenge of having to keep up with the demands and trends of the 21st century in order to stay alive. Startups on the other hand provide the technical solutions and innovative ideas that make this possible. 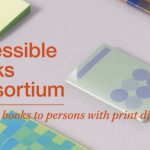 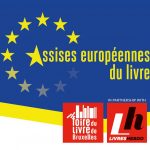 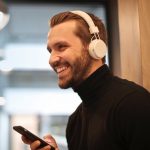 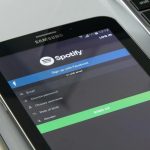