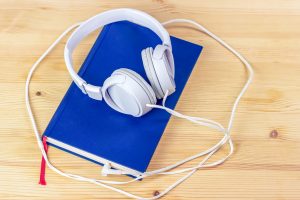 Spanish audiobooks have become the focus of attention for the publishing sector in Spain and Latin America with spectacular growth forecasts for the next years.

In this new growth context, USA publishers have also demonstrated a renewed interest in producing Spanish audiobooks not only to be sold in North America, but also to be exported to other Spanish speaking countries in the region such as Mexico, Colombia or Chile, among other international markets.

In order to help the publishing community to better understand the evolution of Spanish audiobooks across all Spanish speaking markets (Spain, Latin America and US Hispanic Market), Dosdoce.com has carried out a new research study: Evolution of the Spanish Audiobook Market in the USA. This new research study aims to analyze all the key aspects of the evolution of Spanish audiobooks in North America such as the upcoming number of titles to be produced in Spanish by USA publishers, expected sales growth, the leading sales channels in the USA, as well as in which countries Spanish audiobooks will be sold, among other topics of interest to the publishing community.

Exploring and comparing the results of both studies gives all audio players (publishers, agents, production studios, narrators, etc.) a global perspective to the growth potential of audiobooks produced in Spanish in both sides of the Atlantic.  The results of this new study will help USA publishers and authors who already have a catalog of Spanish audiobooks to better understand their sales potential in other countries. On the other hand, the information provided by this latest research will also help the audio community who do not yet have Spanish audiobooks to decide how to move forward in relation to this language, given that all data indicate strong growth in the upcoming years.

Number of Spanish titles available in the USA and worldwide

There are today close to 6.500 Spanish audiobooks available in the USA, but the latest research figures indicate that Spanish audiobooks could surpass for the first time worldwide the 10.000 titles benchmark by the end of this year.

The USA publishers that have participated in the survey indicated that in 2018 they had produced a total of close to 150 titles in Spanish and plan to produce another 250 titles in 2019, almost doubling their production. Parallel to this publishing community production, Audible Studios has been publishing in 2019 an average of 40 to 45 new Spanish audiobooks per month which will bring close to another 500 titles in Spanish by the end of the year to the USA market.

This expected growth in Spanish audiobook production in the US matches the ongoing increase of availability of Spanish titles in the other Spanish markets (Spain and Latin America). At the end of 2017, there less than 6,000 audiobooks in Spanish available in the market, but in only one year 2,000 more titles were produced in Spanish. Adding all data provided by the publishers in the three regions (Spain, Latin America and USA), the 10.000 Spanish audiobooks milestone will be reached by the end of 2019.

In 2017, several sources indicated that the estimated volume of market of Spanish audiobook sales was between 1.1 and 3.3 million dollars. The Spanish and Latin American publishers participating in a similar research study indicated that in 2018 the sales of Spanish audiobooks had generated between 3.3 and 5.5 million dollars. As in most international markets, everything indicates that in 2019, the Spanish markets will also experience a strong growth of audiobook sales, reaching sales of 8 to 9 million dollars worldwide.

The worldwide growth of Spanish audiobooks outside of North America poses a great business opportunity for USA publishers to export their content to new audio Spanish speaking markets.

In which markets are Spanish audiobooks sold?

The USA publishers that participated in the survey indicated that they expect the USA to remain for them their biggest sales market in 2019, followed by Mexico, in third place they indicated that rest of countries in Latin America and Spain was placed in fourth place.

Whereas the Spanish and Latin American publishers forecasted that in 2019 the main sales market for Spanish audiobooks will be Spain, followed by Mexico, then the United States and finally the rest of the countries of Latin America.

Neither party is incorrect. Until the end of 2018, the main audiobook sales market in Spanish was the Hispanic market in the United States, followed by Spain, but the results of this combined research clearly indicates that as new audiobook platforms emerge in Spain and Latin America markets, these markets will take the lead in sales of Spanish audiobooks because of their size compared to the USA (Spanish speaking population). Once again, this international growth of Spanish audiobooks outside of North America creates a great business opportunity for USA publishers to export their content to new audio Spanish speaking markets.

The USA publishers that participated in the survey indicated that in 2018 they produced the majority of their titles in Latin American accent with less than 20% in Castilian Spanish (Spanish from Spain accent). The results of the survey indicate that USA publishers plan to increase their production of Castilian Spanish to more than 25% of their upcoming 250 new titles in 2019. This increase clearly demonstrates the interest of the USA publishers to export these newly produced audios to new emerging audio markets such as Spain.

In contrast, the Spanish and Latin American publishers that participated in this research indicated that the production of audiobooks with a Latin accent will significantly increase in 2019 conforming 60% of the total of the new production compared to less than 50% in 2018. This increase clearly demonstrates the interest of the Spanish publishers to export these newly produced to the different countries of Latin America, as well as to the Hispanic market in the United States, where audiobooks enjoy an annual growth of 20%, continued in the last 7 years.

Ranking of the main sales channels of audiobooks

In regards to the library channel, 83% of US publishers that have participated in the Survey reported unit sales were the most important sales channel to libraries in 2019, where as  60% reported subscription audio as the second placed channel. Streaming services came in third place with 70% of the responses.

Finally, US publishers stated that expected fastest growing business models in 2019 will be Subscription platforms, followed by Unit download sales and then by Libraries. Streaming services will be at the end of the ranking, but also growing compared to 2018.

The above mentioned sales channels ranking coincides more or less with the responses provided by the Spanish and Latin American publishers. The Spanish publishers surveyed stated that subscription platforms have become the main sales channel for audiobooks in Spanish in 2018 and will remain the fastest growing business model in 2019. In the second place, they have placed unit download sales channels and in third place they have placed streaming platforms.  Unlike the US market, the sale of audiobooks to libraries is still a very underdeveloped sales channel in the Spanish markets placing it in four place. Notwithoutstanding, the efforts undertaken by leading library e-lending platforms such as eBiblio and eLiburutegia, in Spain, as well as Overdrive, Odilo, Findaway or Hoopla in the United States are rapidly increasing the sales of Spanish audiobooks via the library channel.

We hope that the results of the survey and its comparative analysis with similar reports helps USA publishers to better understand the sales potential of Spanish audiobooks in the US Hispanic Market, as well as in international markets.

Explore one of the fastest-growing segments in publishing: Spanish Audiobooks

The global growth and evolution of the Spanish Audiobooks in Spain, Latin America and the Hispanic USA Market will be analyzed in a panel at Frankfurt Audio Area

Frankfurt Audio is the new international marketplace for audio content at Frankfurter Buchmesse in hall 3.1 and beyond 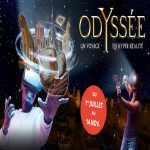 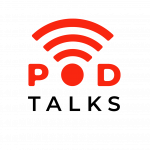 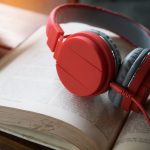 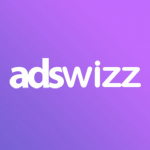