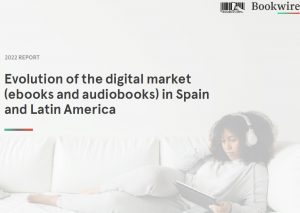 The publishers represented by the Bookwire distribution platform, more than 1,100 publishing labels in Spain and Latin America, have experienced a 15% growth in revenue derived from the sale of their ebooks and audiobooks in 2021 compared to the previous year, according to the main conclusions of Bookwire’s seventh annual report on the digital evolution of the markets in Spanish (Latin America and Spain) prepared in collaboration with Dosdoce.com.Just as sales in 2019 reached a year-on-year growth of 35%, which in the pandemic year of 2020 rose to an exceptional 113%, in 2021 the growth has been lower: around 15%. However, if we compare it with 2019, in 2021 the digital turnover of publishers has doubled.

In 2021, ebook sales by Spanish publishers in Spain represented 55% of the total. Unlike previous years, for the first time, ebook sales by Spanish publishers in Latin America account for 30% of the total, which is shared by 16% among countries in the region (Argentina, Colombia, Chile, etc.) , followed by Mexico, which represents 14% of global revenues.

The Hispanic market in the United States shrank by two percentage points, and has gone from 10% to 8% of market share, in the same way that the European market represents 4.73% of total digital exports.

With the data for the first quarter of 2022, it is confirmed that the ebook market continues to grow, but at a slower rate, specifically 9% compared to the same period of the previous year. This is mainly due, the report points out, to the growth of the subscription model, which has increased the number of readers in Spain and, at the same time, the rise in consumption of this model in Mexico.

The sale of digital book licenses to libraries represents 8% of the total income derived from the consumption of ebooks in 2021, three points more than the previous year. In the months after the confinement, when it quadrupled compared to 2019, it has remained at levels that double those of before the pandemic.In Spain, one of the keys to the success of the growth of digital loans is due to the agreement between publishers and the public administration to facilitate concurrent licenses, in order to give greater access to the eBiblio and eLiburutegia platforms.

The global income that publishers have received through ebook subscription platforms has tripled compared to 2019, and its share has increased seven points: from 15% in 2019 to 22% in 2021.

The trend in the ebook consumption model is showing adjustments; the unit sale (where the psychological barrier of the pvp of 9.99 euros remains in force) drops six points compared to the subscription, which multiplies by three the income from before the pandemic and goes from having a share of 15% (2019) to 22% in 2021. On the other hand, digital exports already represent 45% of the digital income of Spanish publishers.

Digital consumption habits are already very normalized due to confinement and the maturity of the digital reader. Although the unitary sale of ebooks on platforms such as Amazon, Apple, Google and Kobo, among others, continues to be the main income channel for Spanish and Latin American publishers, since it represents 70% of total sales, in 2019 it reached 83%, so we see a clear reorientation of consumption towards subscription.

For their part, audiobooks and podcasts continue to boom, even more so than in previous years. Subscription and streaming platforms such as Storytel, Audible, Scribd, Podimo, etc., have become the main channel for audiobooks in Spanish, representing 80% of audiobook sales, followed by individual sales channels such as Google Play or iTunes.

If in 2020 the latest Dosdoce study indicated that the estimated turnover of the audiobook market in Spanish stood at thirteen million, most of the publishers that currently sell audiobooks forecast that in 2022 there will be a growth of between 25% and 30% on audiobook sales, up to sixteen million euros.

The study concludes again with several opinion articles by various experts and with an analysis of the new NFT world.

It can be downloaded from this link. 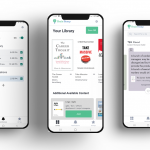 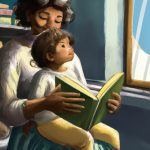 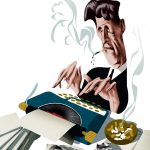 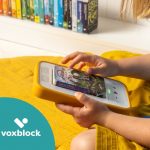 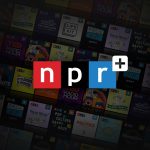