The increasingly strong interest by authors, publishers and literary agents in audio coincides in many markets worldwide where this format has registered an ongoing double digit annual increase in sales in the last ten years, becoming the fastest growing revenue model in the entire publishing world, beyond print and ebooks.

In this international growth context, the spoken word industry (audiobooks, podcasts, audio series, audio dramas, etc.) has also gained a firm foothold in the Spanish Markets (Spain, Latin America, and the Hispanic USA markets) which will be reinforced in 2023 by the following six audio trends detailed below

In barely 5 years, a growing industry of paid spoken word content has been created in the Spanish Markets. Thanks to the irruption in the Spanish markets of paid audio platforms such as Audible, Storytel, Scribd, Nextory, Podimo, Bookbeat, Sonora, Convoy, among others, by the end 2022, the Spanish Markets reached the figure of 500,000 paid users of listening to audio content, according to the recent “Spanish Markets Audio Growth Report 2017-2022” study conducted by Dosdoce.com. This is an incredible landmark in the Spanish Markets due to initial low propensity to pay culture for streaming services which has clearly being overcome in less than 5 years.

New audio content creation is rapidly increasing in the Spanish Markets, evidenced by the huge spike of new titles on offer in all platforms. According to the above-mentioned “Spanish Markets Audio Growth Report”, there are currently more than 20,000 audiobooks and 100.000 podcasts in Spanish on offer compared to the scarce thousand only a few years ago. By the end of 2023, the Spanish Markets will reach the landmark of 25.000 audiobooks in Spanish. Around 60% of available Spanish audiobooks come under the fiction category (novels, romance, literature, biographies, etc.), as opposed to 40% non-fiction audiobooks. The Spanish Markets have also reached a break-even split of audiobooks production in Castilian Spanish accent and in Latin American Spanish accents, thus providing a diverse and broad range our audio experiences to Spanish readers in both sides of the Atlantic.

To reach the current steady audio growth cruising level altitude, the main paid audio platforms have jointly invested in the last five years more than 50 million euros to create the Spanish Audio category. The main bulk of the investment relates to production costs, followed by licensing advances and royalties, together with marketing campaigns costs. Thanks to this joint investment, the publishing sector now enjoys a healthy growing audio category in the Spanish Markets.

Just as in the last six years we have seen how the main audiovisual platforms have fought to capture the attention of their potential users, the battle to attract listeners of podcasts, audiobooks, audio dramas and series, etc. it will be even fiercer in 2023 considering that exclusive content will no longer serve as the only claim to attract and retain new customers. The price of the service, the perception of its value, as well as the feeling of belonging to a community, will be some of the axes of the growth of audio platforms.

Subscription will continue to be the dominant business model in the Spanish Markets, more than 80% of the audio income is derived today from streaming platforms, but we will say goodbye to one standard flat rate with no frictions. Unlimited access is not going to disappear, but audio platforms will become smarter offering different subscription models and rates to meet the demands of each user’s content consumption. In recent weeks, we are seeing how the major streaming platforms are transforming their business models, for example, adding advertising to their service offerings to ensure that no one is left out of the service for financial reasons. Other platforms have opted to limit access by establishing a certain number of hours per month during which a user can access the service, while other are limiting the amount of content to which they have access per month.

We will also see in 2023 the irruption of dynamic subscription pricing subscription plans in the audiobook and podcasts streaming services with pricing based on user behavior. “In 2023, we will see the irruption of more unlimited subscription models but with different frictions that will allow the audio streaming industry to continue to grow, since each of these new models will meet the needs of different segments of the public” stated Javier Celaya, founder of Dosdoce.com.

The audio industry that it is expected to reach  26.6 million listeners in 2026 generating an income of 590 million euros in the Spanish Markets through advertising, branded content, income derived from the subscription, etc., according to a PwC study.

In the last 6 years, we have seen great advances in the evolution of the quality of synthetic voices in Spanish which day-by-day closely resemble more and more human voices.  Thanks to this evolution, different production platforms have emerged to offer publishers the possibility of transforming their books into audio format with high-quality synthetic voices. Artificial voices will allow publishers to produce more audiobooks at a more competitive cost, as well as meet the listening needs of niche categories that could hardly see the light of day in audio format with human voices due to their low return on investment. In this context, AI voices should not be perceived as a threat to professional narrators because this technology will be used to make audio content that otherwise would never have been recorded.  However, it is very possible that in the future we will see a message on audiobook titles and subscription platforms indicating «recorded with a human voice» to highlight its added value

The data of the “Spanish Markets Audio Growth Report” will be deeply analyzed at Digital Book World next week in New York. 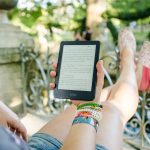 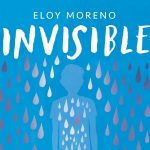 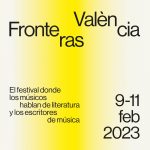 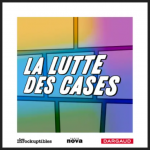 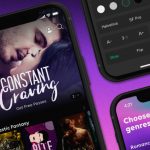